You should run the tutorial at Program Files> XJTAG 3.5 > Help > XJEase and XJDeveloper tutorial. The program this tutorial is designed for is called XJDeveloper 3.5. This tutorial assumes you have a version 3.1 of the XJDemo board. In the help folder there is a turtorial.zip file with the files you're going to use. Unzip this to a new folder for your project.

Below are pictures of versions 1.2 and 2.0 of the XJDemo board side-by-side so you can identify which you have. The main identifying feature of version 2.0 is its blue thumbwheel. On the 3.1 version you will see the name written on the card. 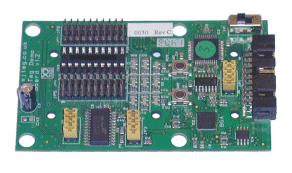 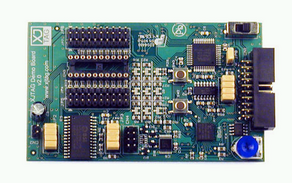