Revision as of 02:16, 6 September 2020 by Ywe041 (talk | contribs) (Created page with " Rayleigh distillation model describes the evolution of a multiple-phases system in which one phase is continuously removed to the other phase through fractional distillation...")
(diff) ← Older revision | Latest revision (diff) | Newer revision → (diff)

The system applying the Rayleigh equation is normally an open system from which the formed material is immediately removed. For example, the evaporation of the natural water bodies, and the formation of falling precipiation can be regarded as open systems. However, the Rayleigh equation can be also applied to other systems. One such system is a closed system (or two-phase equilibrium model; \cite{Gat1996}), where the material removed from one reservoir accumulates in a second reservoir in such a manner that isotopic equilibrium is maintained between the two reservoirs (Fig.~\ref{fig:Rayleigh_box}c). An example would be the condensation of vapour to droplets in a cloud (with no falling precipitation).

The isotopic enrichment or depletion by the Rayleigh process for both open and closed systems can be mathematically established by different approaches (Fig.~\ref{fig:Rayleigh_box}). 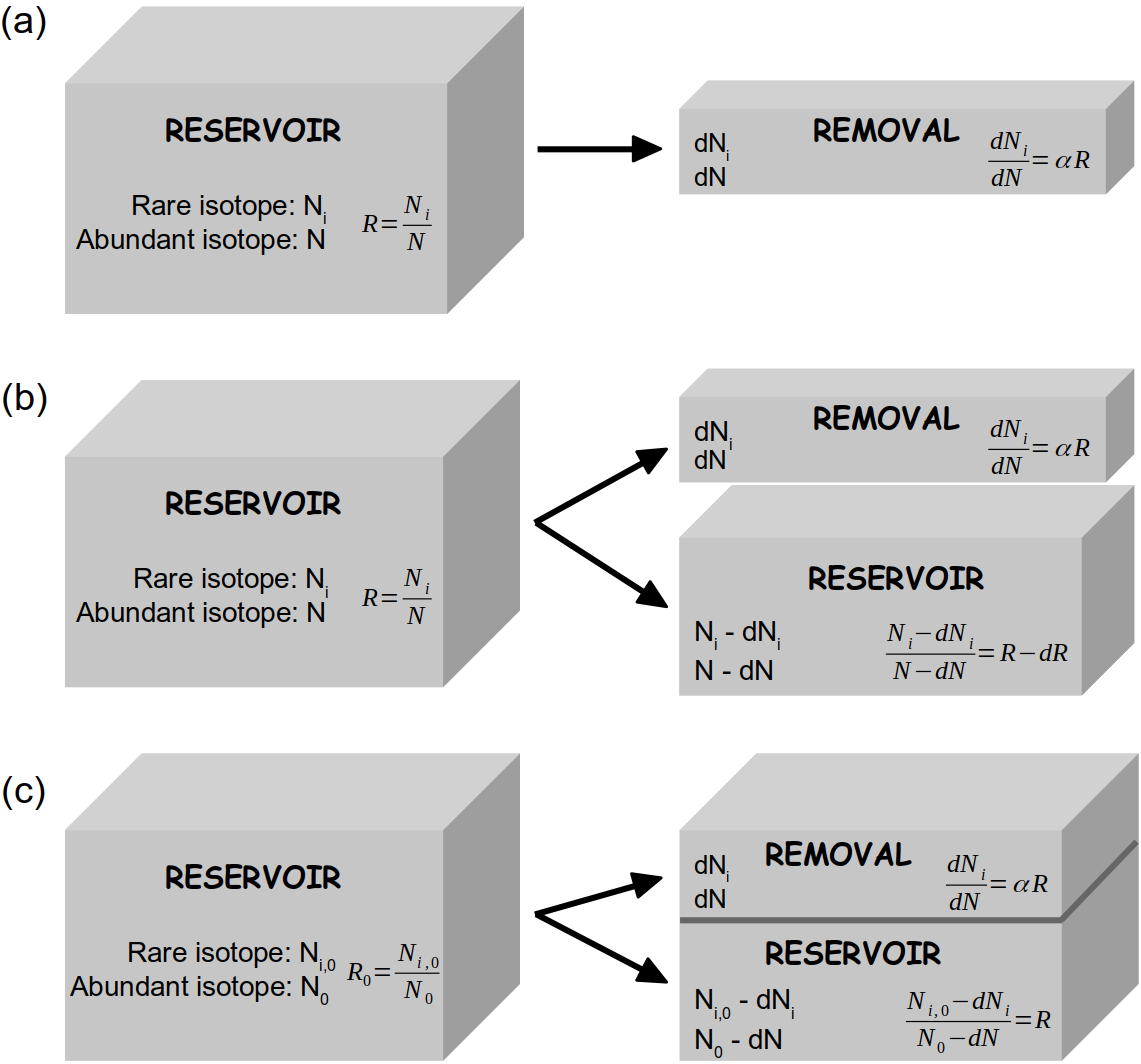 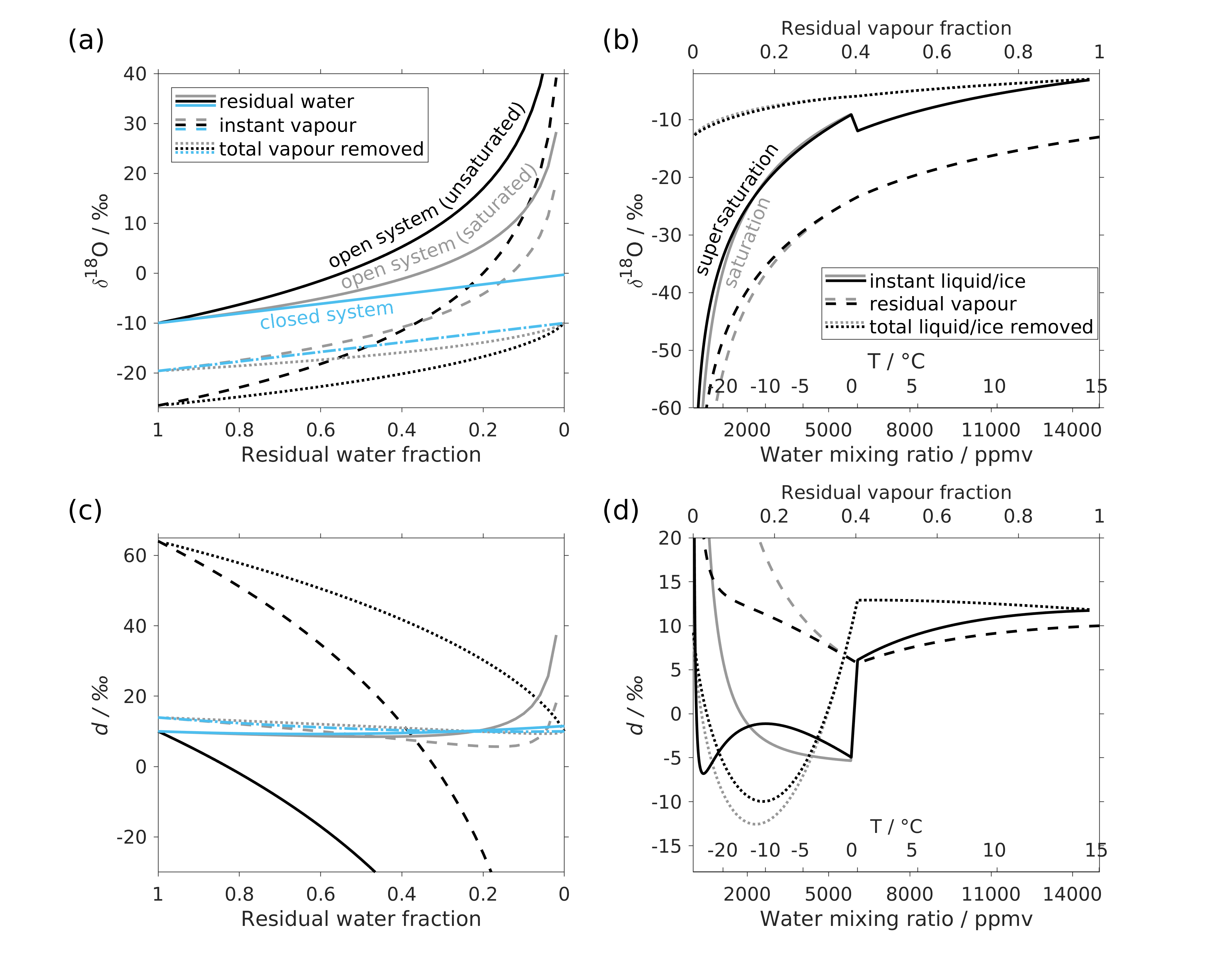